The Ideal 18 Program is open to all Members 18 years of age and older. The Adult Sailing Program is a great way to enter to the world of sailing.
Read more >

Our Junior Sailing program is a full day program, Monday thru Friday. The program is open to beginners, intermediate and advanced sailors.
Read more >

The Children’s Program for children ages 3 through 5 and 6 through 8 includes daily age appropriate activities.
Read more >

The Club provides a perfect setting for all Social and Corporate Events, Birthday Celebrations, Weddings, Bar and Bat Mitzvahs and more.
Read more >

The Sea Cliff Yacht Club is a private, Members only Club created for the common interests of its Members and to promote the sport of sailing, yachting and other aquatic sports. The Sea Cliff Yacht Club is operated as a corporation under a charter granted by New York State. Its affairs are conducted by a group of Members elected to office annually under terms of the Club’s constitution. The Club has shown continued growth in facilities and services through the years. The value of its properties have increased greatly though conservation and farsighted management.

This week at the Club

Highlights of Past Events 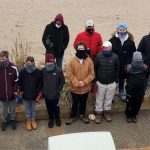 The Ice cube Regatta was Exactly That!! Hi Everyone – The forecast… END_OF_DOCUMENT_TOKEN_TO_BE_REPLACED 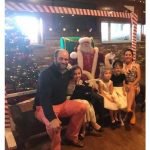 Santa arrived to the club at noon.  Due to social distancing each… END_OF_DOCUMENT_TOKEN_TO_BE_REPLACED 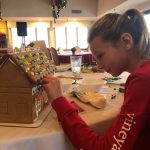 Caribbean Night on the beach!! #chillvibes

Thinking of having party? Come see our new beautif

Start the summer out on the beach! Family style Ca

Great win by the Swim Team last night at Nassau!!!

It's the EveryMan/Woman/Kid's Sailing Event.
Plan NOW on Joining Us in 2022... You'll Be Glad YOU did!